The history of Piceno, in the south of the Marches, has its roots in prehistory. Consequence and testimony of such vivacity, are the museums spread throughout the province of Picena, as well as in all the Marche.

It is however with the appearance of the Piceni that there are traces of great movement and social ferment. Testimonies of settlements, villages and necropolises are present throughout the territory and return today many of the ancient jewelry and objects of the era.

With the rise to power of the Roman Empire, the whole territory undergoes profound changes that still affect everyday life.

An extraordinary influence has been exercised in the Middle Ages by the Benedictine monks Farfensi.

Continuing in history, starting from the Longobarde occupations up to the Papal Kingdom, the Piceno has been the protagonist of flourishing cultural and artistic periods. 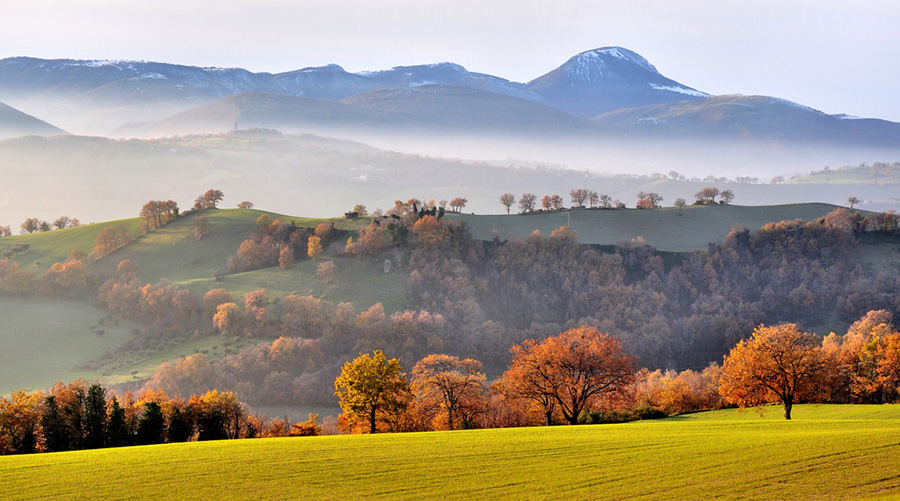 We advise you to visit:

It is the most important and ancient city in the northern area of the province. The Picene origins are documented by the many archaeological finds and by the remains of the city walls....

Located on a spur of rock at the confluence of the rivers Tronto and Castellano, Ascoli Piceno, is a city of extraordinary beauty. On the basis of neo-Eneolithic findings, it can be said that since that time Ascoli was the seat of a settlement, anterior, then, of the Sabines' immigration.
The Square of Ascoli was elected in 2016 one of the 20 most beautiful squares in the world

It originated from the Farfensi monks around the year 1000, such as Castel Rodolfo, perhaps from the name of a feudatory monk. It remained under the dominion of the butterflies until it passed to Trasarico, baron of Saltareccia, related to the powerful lords of Brunforte. Surrendered to the bishop Ermanno di Fermo in 1055, it remained under the jurisdiction of the Fermo's bishops until 1198.

Carcare caves nicknamed wind caves. They were discovered in 1948 and are among the most beautiful natural attractions in Italy